Keeping Fuel Poverty Strategy ‘on ice’ is not justifiable 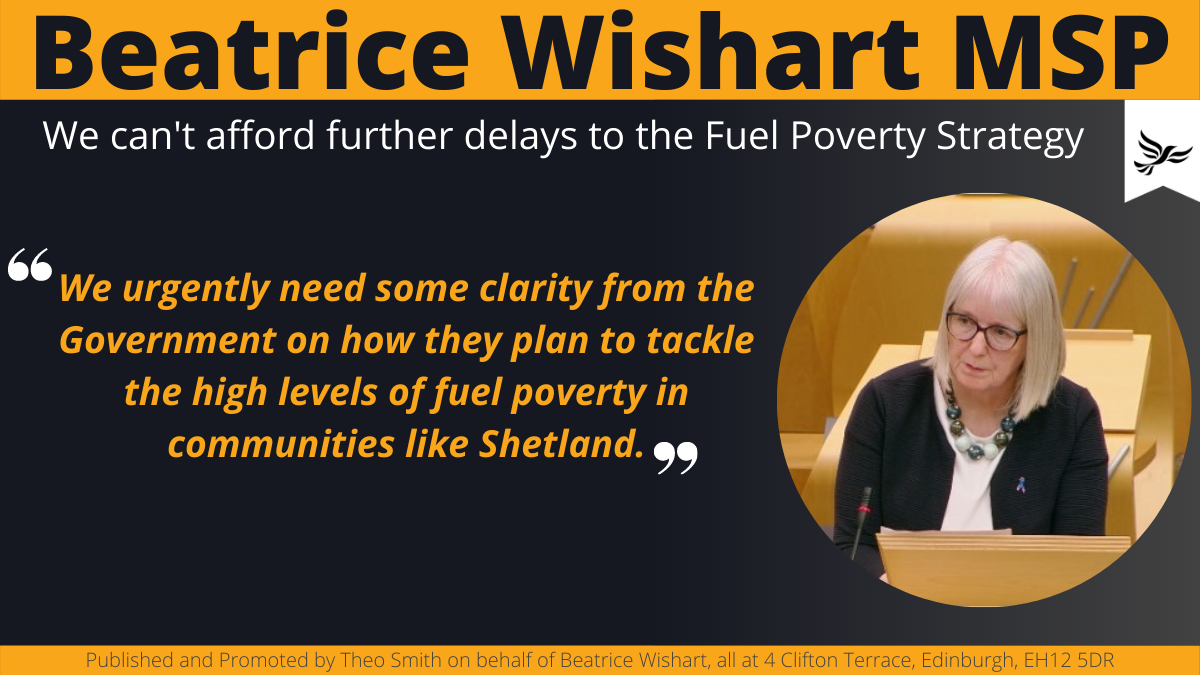 Northern Isles parliamentarians have today called on the Scottish Ministers to re-start the work on the Fuel Poverty Strategy “as a matter of urgency” after it was revealed that the Scottish Government’s work on the strategy has been on pause for almost a year.

Alistair Carmichael MP, Beatrice Wishart MSP and Liam McArthur MSP have written to the Local Government Secretary Aileen Campbell, highlighting the ongoing failure to address high levels of fuel poverty in the Highlands and Islands and the lack of clear direction or urgency on tackling fuel poverty in the region.

In the letter, concerns were raised about the decision to pause work on the Fuel Poverty Strategy, originally due to be published in September 2020, for almost a year.

“We urgently need some clarity from the Government on how they plan to tackle the high levels of fuel poverty in communities like Shetland. The current plan of attack from the Government is to pause the central piece of work which would help those in the long term.

“We are in the midst of a cold winter and many families that would struggle in the best of times are being hit further due to the pandemic. Keeping this work on ice and not putting proper investment into this issue is not justifiable.”

“Fuel poverty has been endemic in the islands for years. With family finances stretched more than ever, those affected can ill-afford continued delays in taking action.

“The pandemic has inevitably disrupted the work of government, but pausing all work on the Fuel Poverty Strategy for a year is difficult to justify. The Strategy is the critical link between warm words in Parliament and the meaningful, targeted action on the ground our islands desperately need to see.

“The Northern Isles have some of the highest rates of fuel poverty in Scotland and so a further delay to the Fuel Poverty Strategy is deeply frustrating. It is true that many issues have had to be put on hold because of the pandemic but this is a challenge that has been exacerbated by Covid restrictions. The Government needs to start prioritising fuel poverty and follow the Liberal Democrats in setting out a plan to end this scourge for good.”