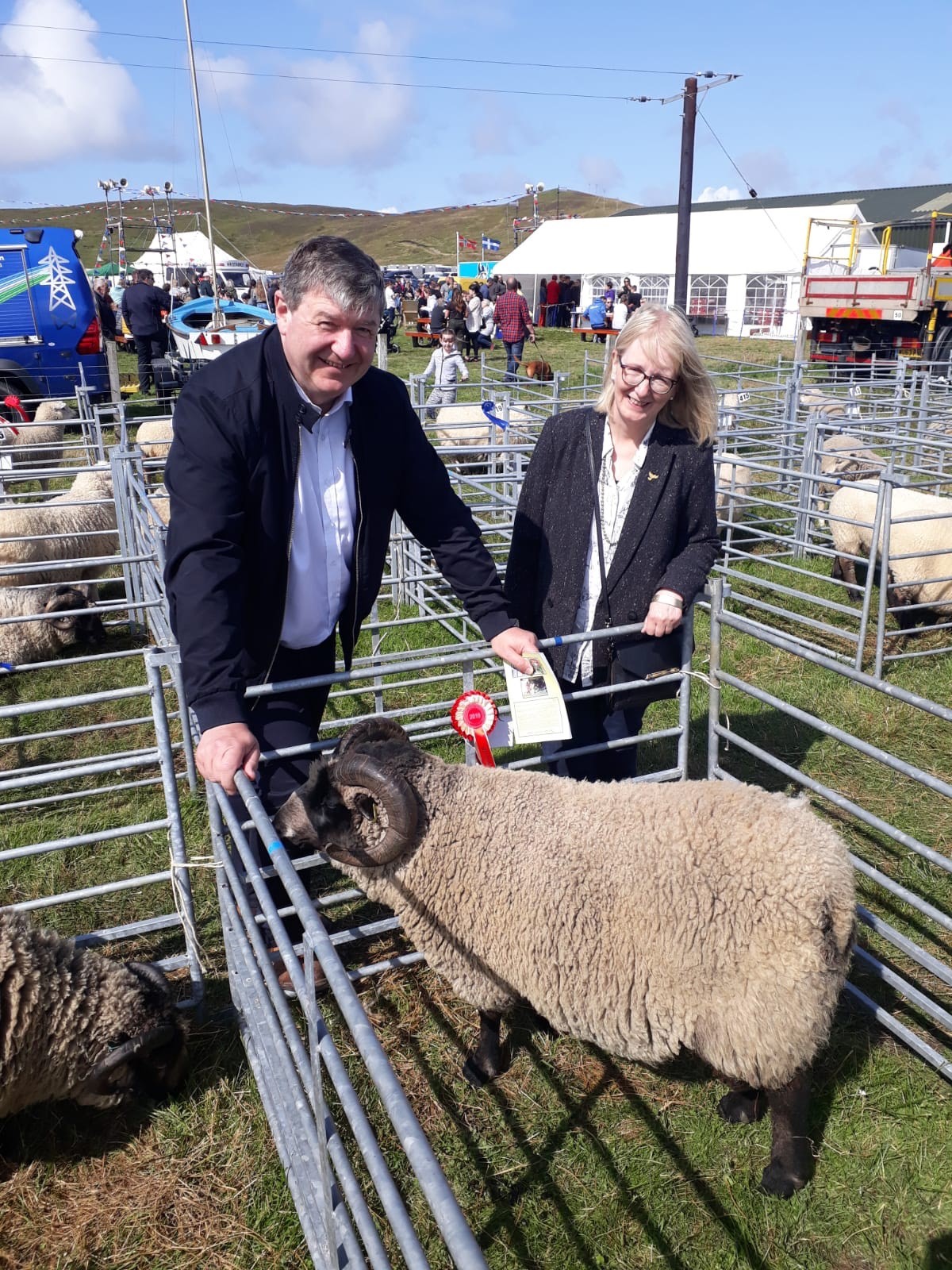 Scottish Liberal Democrat candidate for Shetland Beatrice Wishart today attended the Cunningsburgh Show and used the opportunity to talk to crofters and farmers and set out her priorities for Shetland’s agriculture.

The 5-point plan sets out Beatrice’s commitment to:

Safeguard the protected food name designations of Shetland’s world class food and drink sector by demanding a no-deal Brexit is immediately taken off the table.

“The Cunningsburgh Show showcases some of the very best of Shetland’s agriculture. The sector is resilient but that shouldn’t be taken for granted.

“Crofting and farming are critical parts of Shetland’s economy but everyone knows that without support payments there is not much of a living to be made. The inability of the Scottish Government in recent years to make Single Farm Payments on time caused real hardship and massive anxiety for many crofters and farmers in Shetland.

“People in Shetland have every right to demand better from the Scottish and UK governments. Unless they learn to put aside their differences and both act in the best interest of the sector then the consequences of more bad decisions could be catastrophic.

“That is why I have set out my 5-point plan today.

“As Shetland’s MSP I would fight for access to markets, to protect the designations of our world class food and drink sector, and to end the threat of tariffs of up to 40% by demanding a no-deal Brexit is immediately taken off the table.

“I’ll work hard to increase freight capacity and demand the Prime Minister keeps his promise to give convergence funding to Scotland. I’ll also make sure our crofters are at the heart of designing legislation that affects them so businesses can be helped to develop, diversify and thrive